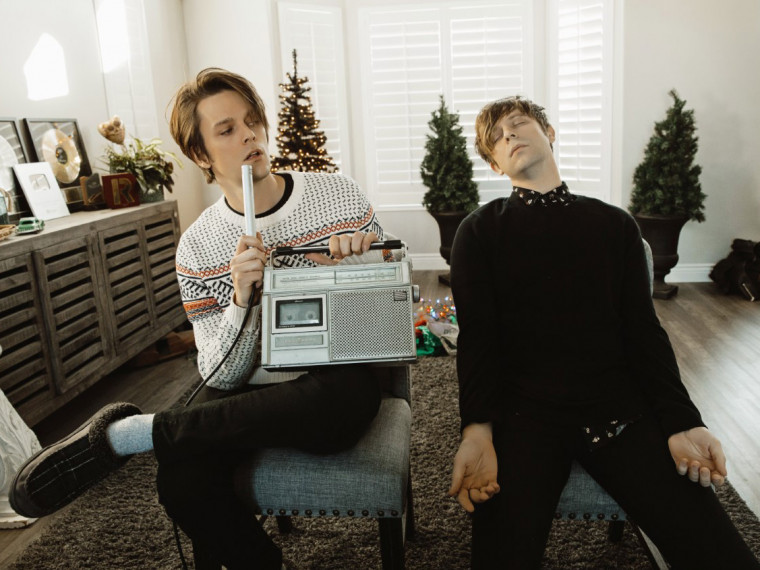 iDKHOW’s music is from a time when fashions were loud, melodies were infectious and iconoclastic pop trailblazers broke through commercially without compromising artistically; those who didn’t succeed despite creative courage but because of it. iDKHOW channels the legendary spirits of sixties garage, seventies glam, eighties new wave, and the early days of Britpop, merging the greatest strengths of bygone eras into a transcendent sound of the future which can be heard on their debut EP, 1981 Extended Play. On the heels of their debut EP success, Weekes is now channeling his love for the holidays with the upcoming Christmas Drag EP releasing mid-November.

iDKHOW’s heart and soul Dallon Weekes has plenty of experience with the potential for a great song to move crowds, propel late night drives, soundtrack makeups and breakups, and to top the Billboard charts. As bassist/backing vocalist for Panic! At The Disco from 2009 to 2017, he co-wrote Panic’s massive hits “This is Gospel” and “Girls/Girls/Boys,” and is credited on nearly all of the songs that comprise the Platinum-certified Too Weird to Live, Too Rare to Die!.