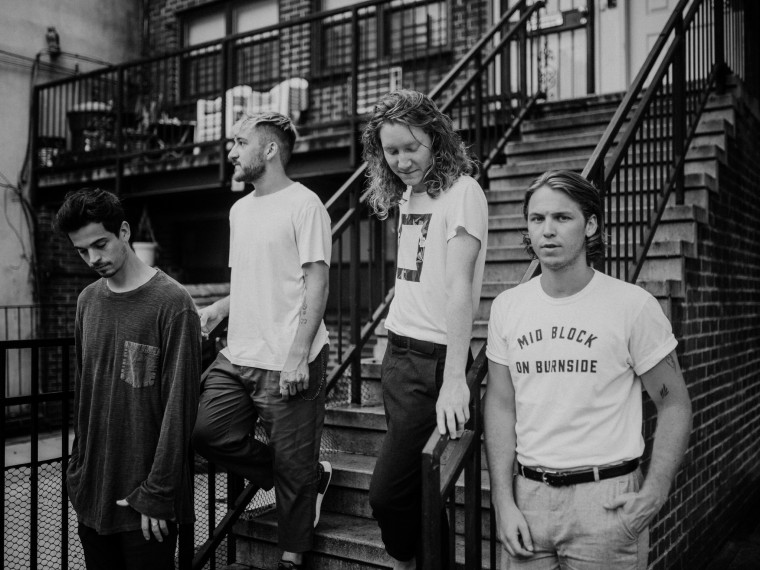 flor draw fearlessness from the strength of their union as friends and bandmates, a D.I.Y. journey, and shared willingness to bring bold pop ambition to alternative music. With hundreds of millions of streams, sold out shows around the world, and critical praise to their name by 2019, the Oregon-bred and Los Angeles-based quartet—Zach Grace [vocals, guitar], Dylan Bauld [bass, production], McKinley Kitts [guitar], and Kyle Hill [drums]—anchor twelve undeniable anthems inside of a newfound confidence on their 2019 second full-length, ley lines.

Zach and Dylan wrote and recorded their debut as flor, come out. you’re hiding, in the latter’s bedroom studio during 2016. Within a year, it quietly caught fire as the band jumped in a van and went on to log shows alongside everyone from Paramore and Hayley Kiyoko to Walk The Moon and Andrew McMahon and The Wilderness. Along the way, numerous songs deepened the band’s connection to fans by speaking directly to identifiable human emotions. “Hold On” documents the excitement of young love as “Back Again” details the moment of saying goodbye and “Warm Blood” discusses infatuation and the awe incited by a significant other. Acclaim came from the likes of Ones To Watch, Earmilk, Alternative Press, and more as they also claimed real estate on coveted playlists at streaming services.

Kicking off their next chapter, flor heralded ley lines by uncovering the gliding “slow motion” and ebullient “dancing around”—amassing millions of streams—before unveiling the title track and singles “money” and “aiming low.”  From top to bottom, ley lines emanate a strength meant to be shared.