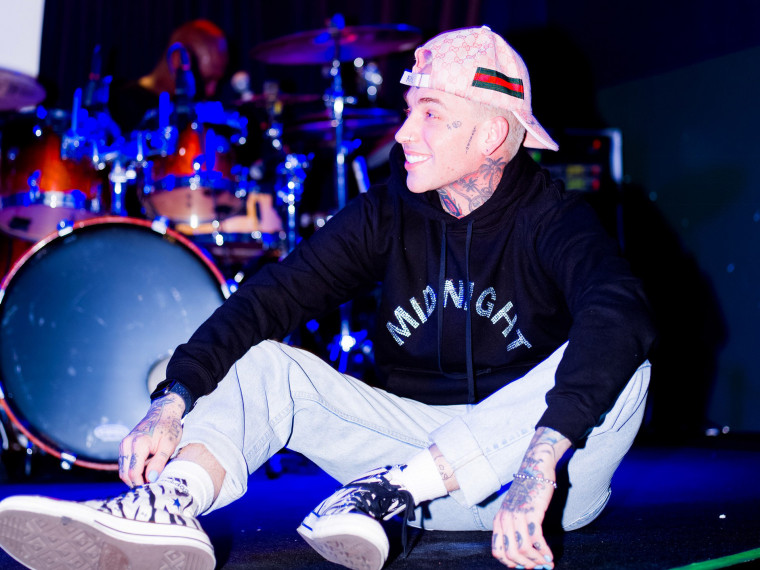 Born Matthew Musto, blackbear put out three independent albums (2015’s Deadroses and Help and 2017’s digital druglord) prior to cybersex (2017) & ANONYMOUS (2019). In addition, he released a self-titled album with his hip-hop duo mansionz in early 2017. Featured on the certified-gold digital druglord, “do re mi” became blackbear’s first single to crack the Billboard Hot 100; the track has since gone double-platinum. A remix of “do re mi” featuring Gucci Mane was released in July 2017, and reached No. 5 at Rhythmic and No. 26 at Top 40 radio. Meanwhile, its video has racked up more than 102 million views on YouTube. Aside from his own prolific output of singles and EPs, blackbear has worked with the likes of Pharrell Williams, Nick Jonas, Childish Gambino, Linkin Park, and — most notably — Justin Bieber, for whom he co-wrote the six-times-platinum single “Boyfriend.” He released his latest single “hot girl bummer” in August 2019, the now certified-platinum track continues to climb the charts, making it his most successful since “do re mi”.