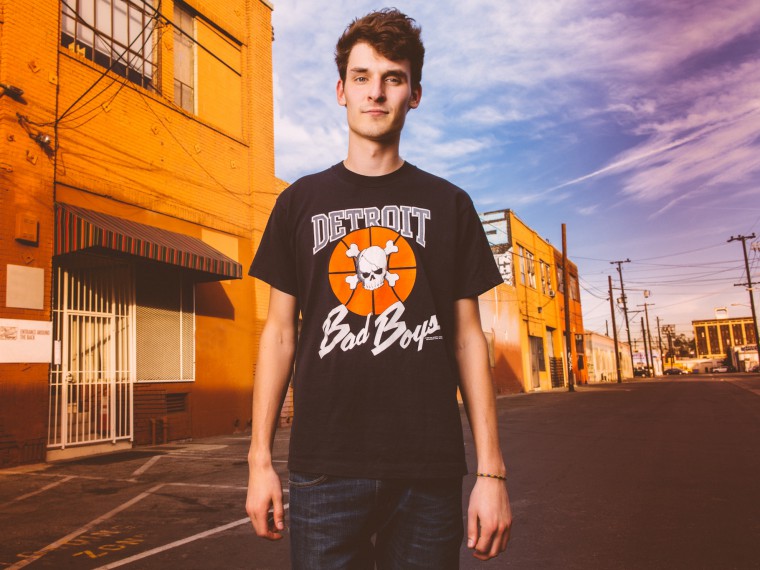 Today at age 24, GRiZ (or Grant Kwiecinski, to his mom) is already being hailed as visionary. This spring, he’ll release Say It Loud (via his All Good Records imprint), a follow-up to its more funk-step predecessors, Rebel Era and Mad Liberation. With assists from rapper Talib Kweli, Afrobeat-group Antibalas, the L.A.’s Children’s Chorus, and others, his new full-length finds a golden mean between an abundance of brass instruments, liberal use of soulful vocals, and shimmering, synth beats.

Modern gadgets may bring his creations together, but GRiZ is, at heart, a time traveler. The name Say It Loud is an homage to James Brown’s funk-soul spirit and pioneering messages of equality. The horns throughout the album shout-out to GRiZ’s favorite albums, Miles Davis’ masterpiece, Sketches of Spain. And GRiZ’s outsize live shows at local DIY spots such as Scrummage University not only earned him his name and convinced him to drop out of college—it referenced a legacy of Detroit dance pioneers from the Belleville Three to the Detroit Techno Militia. (“They created the opinion and the space for me to be able to come and do my own thing,” he says, respectfully.)

More than a year-and-a-half of his life went into writing and recording Say It Loud. GRiZ began, of course, in Detroit, then moved to a remote cabin upstate with Exmag to escape the trappings of city cacophony and cell-phone service. From there, he landed in Brooklyn at Daptone Records’ studio, collaborating with Antibalas. And he hit Los Angeles just to work with the Children’s Chorus on the album’s opener, “The Anthem.” The change of scenery is necessary, he insists,  “Because seeing a different place, you catch the different vibes, feeling of that place.”

Finally, late last year, he dropped the funk-fuzz single “A Fine Way to Die” (co-written with singer-songwriter Orlando Napier) to tease his newly evolved sound. “That song was the atypical GRiZ song. It was the heart and soul of the album and gave you a little of everything: the bass stuff, the rhythm stuff, the horns, the vocals, the guitar,” he says, adding: “It is a wild, interesting song with movements to it.”

“Stop Trippin,” co-written with vocalist Jessie Arlen, advances that sonic dialogue with his fans. “That song is basically where I am right now,” he says. “I want to write better songs. I want to write contemporary funk songs. I want to produce an album that kind of has the new James Brown singing on it. You know what I’m saying? Something that sounds like it was made at Muscle Shoals.”

If GRiZ sounds wiser than his years to you, you’re not the only one. “I remember first meeting Mike Avery who sang on ‘The Anthem.’ When I met him in person, he was like, ‘Holy shit, man, I thought you were going to be a 40-year-old dude! How do you come up with these songs?” As ambitious as Say It Loud may seem, this is a natural next step for GRiZ, who thrives on bending genres. “I could’ve sampled everything. Most of my music is created for a live experience,” he notes. “But now, I really want a body of work that is 100% my own.”